The host of the President's Cup (2017) The Liberty National Golf Club in New Jersey again holds the Northern Trust, which begins on Thursday 19th August.

Lee teed off for the penultimate round at 12.50 with Cameron Tringale and shot 3-under 68.  Now 10-under he finished the round T17th. Cameron Smith and Jon Rahm tie for lead on 16-under.

The final round of the Northern Trust has been postponed until Monday due to the projected path of the tropical storm, Henry.

Lee had a final tee-time of 12.36 from the 1st tee on Monday with Sungjae Im and Keegan Bradley. He finished 1-over 72 and therefore 9-under for the event. He finished T27th.

The event was won by Tony Finau in a play off against Cameron Smith at the first hole, when both scored 20 -under par.

Back to news articles 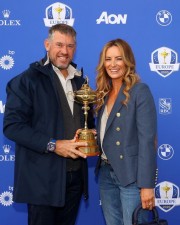 Lee qualified for the Ryder Cup which takes place at Whistling Straits in the USA.